Have you ever asked yourself….How did I make a real difference in the life of another?  Every day we hear about someone who is hurting, sick or has suffered some kind of loss.  How do you react upon hearing such news?   Many of us feel empathy, may say a short prayer or reach out if we can, but soon we move on and little else happens.   Many of us could do more, but the demands of life often keep us from making a solid commitment.  Our actions are the real difference maker when it comes to providing for someone in need.   Let me recount how the St Anthony Knights of Columbus members recently took action to aid someone.   It is….. WHAT WE DO.

In mid-August I received a phone call from a fellow Knight.  He wanted to know if I was aware of the serious illness which had befallen a brother Knight, Mike Steinlage.  There had been some prayer requests posted asking for prayers for Mike, but I was not aware that his condition had worsened and he was facing serious risk. (See the full details of Mike’s ordeal on the KC page at http://www.stanthony-dubuque.org).  After being updated about Mike it became apparent that the Knights needed to do something to assist the Steinlage family.  The need was now so we wanted to do something sooner rather than later.  So we rallied our council members and were able to put together an omelet breakfast fundraiser held on August 30th.  Announcements were published, posters were made and thirty of our members volunteered to work the breakfast.

Now you’re probably thinking……What’s the big deal?   This fundraiser was really an astounding success, put together on short notice.  We served over 310 hungry and incredibly generous guests.  While the outcome is something our council is pleased with, it is the entire St Anthony and surrounding community who made this possible.  A check from the fundraiser was deli vered to the Steinlage’s the first week of September.  Our hats are off to everyone who shared their treasure for this worthy cause.  It is……WHAT YOU DO.

In addition to the fundraiser proceeds, our council decided to pursue additional support from the Iowa State-Knights of Columbus.  The Iowa State Council Foundation has a program which provides financial support for a variety of causes.  An application for support was completed and submitted to the foundation.  We had no idea how much support to expect or how long the whole process would take.  To our surprise the State Foundation responded within one week with a check for the Steinlage’s. These additional funds were delivered to the Steinlage’s on the 16th of September.

All of this activity occurred within a time frame of roughly 30 days and yielded enough funds to help offset a portion of the expenses not covered by Mike’s healthcare insurance.  Say what you want, but when you consider what transpired you can’t help but be inspired.   Our council, our parish and our community made this happen.  Together, we made a real difference in someone else’s life.   It is…..WHAT WE ALL DID.

Thankfully, Mike’s condition continues to improve and with our continued prayers he will make a full recovery. 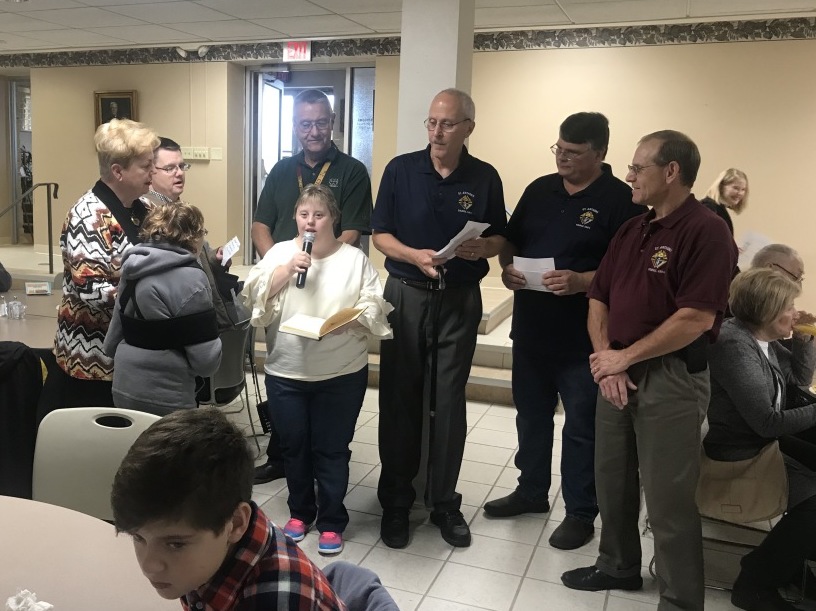 Over the course of a weekend this past August some 28 St Anthony council members logged over 52 hours collecting donations at the Locust Street HyVee. Their efforts helped raise $5,609.87 for the 2018 PID (persons with intellectual disabilities) fundraiser. AKA the tootsie roll drive. Hats off to all of our members who participated.

From this total, the cost of the tootsie rolls is deducted and an additional 10% automatically goes to the State of Iowa Special Olympics. The remaining amount of $4,873.38 is given to organizations who provide services to persons with intellectual disabilities.

4 local organization were chosen as this year’s PID award recipients and include: Archdiocese of Dubuque, Hills and Dales, Albrecht Acres and Creative Expressions.

Representatives from these organizations attended the September. 30th Omelet breakfast at St Anthony’s where they were presented their checks.

An auction of items donated by St Anthony parishioners was held in September 2017. Sponsored by St Anthony Knights of Columbus and led by brother knight Lee Baumhover, the auction raised 16,000 dollars. Proceed were used to construct a wall around the St. Montfort School property including the playground and a large open area. This is the largest area of flat land in the city of Port de Paix, The wall secures this area, will keep in clean, and now be available not only for parish functions but for rent to groups outside the parish. 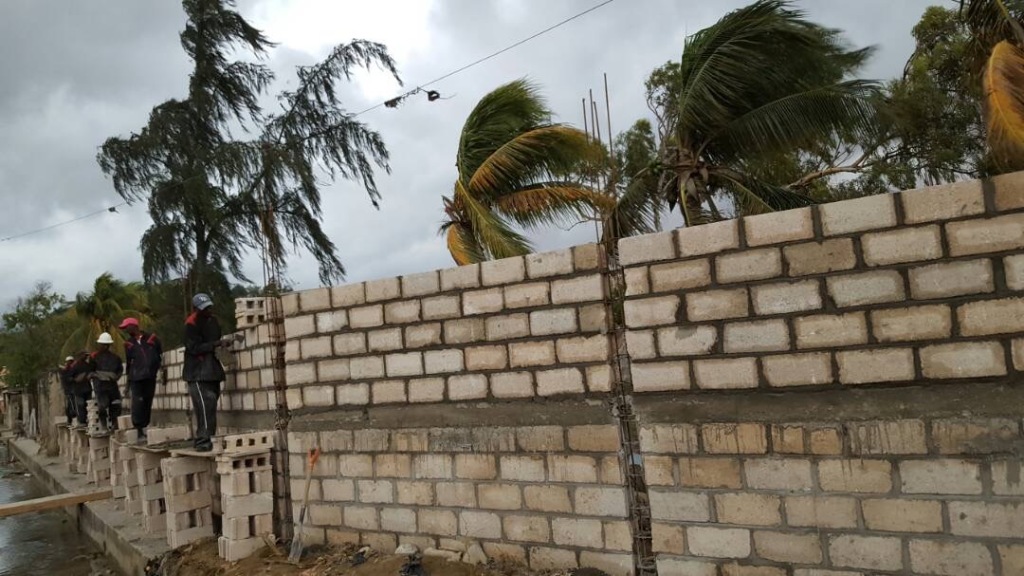